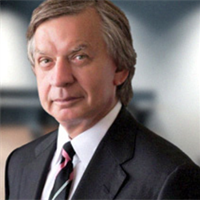 Dan Flanigan is managing partner of the New York Office of Polsinelli, an AmLaw 100 firm with offices in 22 major U.S. cities.

According to Chambers USA, Dan’s clients refer to him as a “master strategist” and consummate problem solver. One says, “There are many decisions I will not make unless I have his input." Another client of many years, the head of real estate lending at one of the largest banks in the U.S., says "I think his strength is he's a very practical attorney."

He has been a trusted advisor to lenders, helping them navigate the ups and downs of the business cycle for decades.  He also makes his financing expertise, and deep knowledge of the lending environment and culture, available to the firm’s borrower clients, especially in difficult restructuring and workout situations. Dan writes a regular column on Opportunity Zones (“The Wizard of OZ”) in the New York Real Estate Journal.

The following representative engagements illustrate the breadth and diversity of Dan’s practice:

Check back later for some content here. Thank you!